“Fan clubs are big business around the world. Members spend millions on merchandise and trips conventions, were they unite under the collective glow of adoration for anything from STAR TREK to sausages. But in the suburbs of Moscow a group of fresh-faced students in bright orange t-shirts can claim to be part of one of the world’s most unusual appreciation societies. As they have an avarage age about 18, it would be reasonable to imagine the object of their devotion to be a boy band or a hot new film star, but the 1,500 members if the VV Fan Club have a more heavyweight idol – the Russian president, Vladimir Vladimirovich Putin.” 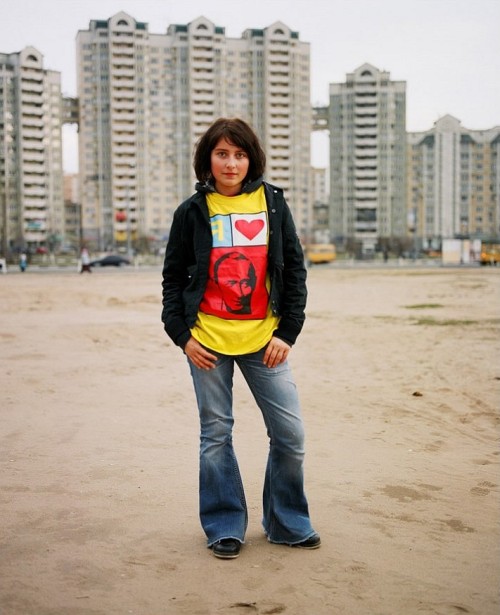 Lena, 19, third year philology student at Moscow State Pedagogical University.
“I really like that Putin works on connections with other countries. Our life is more streamlined and structured. I like it that Putin completes everything he starts. He is a very multi-faceted person, for example he does judo, goes fishing and skiing. I think he is a good role-model for young people.” 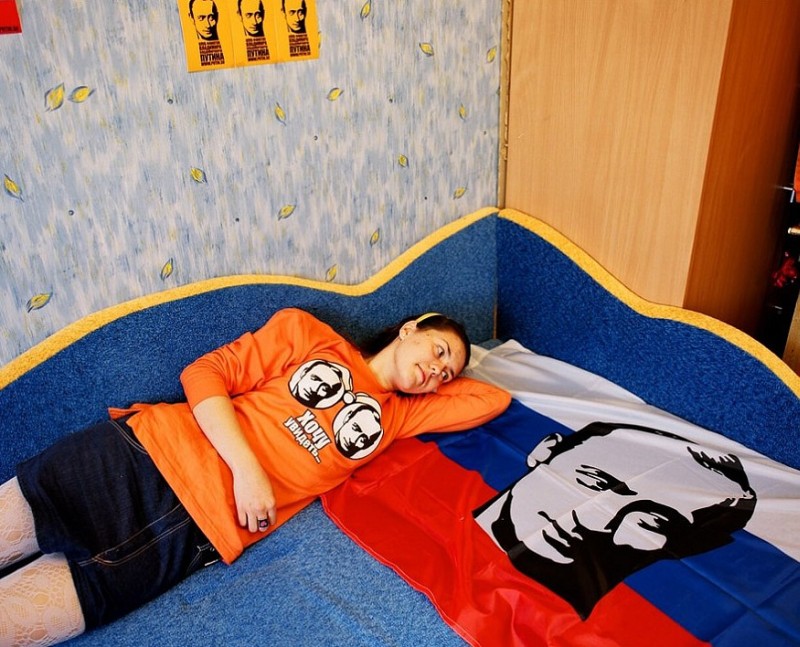 Alina, 19, third year philology student at Moscow State Pedagogical University.
“For me Putin is the president who has led our country out of the crisis and raised us to a new level. I first heard about Putin when Eltsin spoke about him. I looked into his personality, biography and I became interested in him as a person. When I joined the fan club I wanted to be active. In the future I want to work in education and I want to improve its quality in our country.” 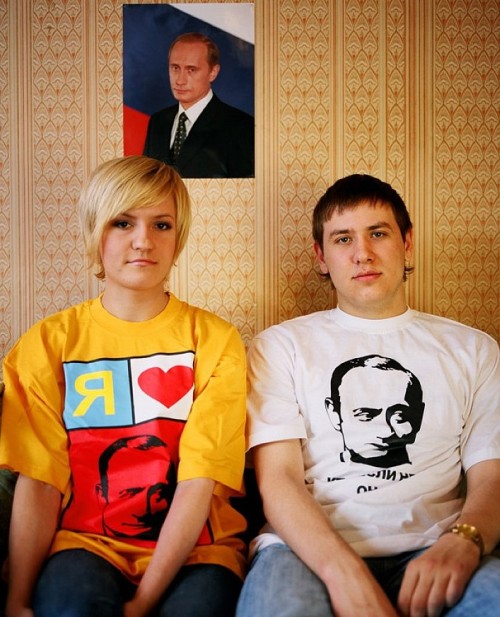 Yulia Minazhetdinova, 17, Russian State Social University.
“When I entered university I met Igor and he invited me to the events, he said it was interesting and every event was different. I really like Vladimir Vladimirovich, he comes across as nice. I’m grateful to him that he ended the war in Chechnya, that’s the most important thing. We paid the largest part of the external debt. He raised pensions and social allowances. The city became better and it’s his achievement.” 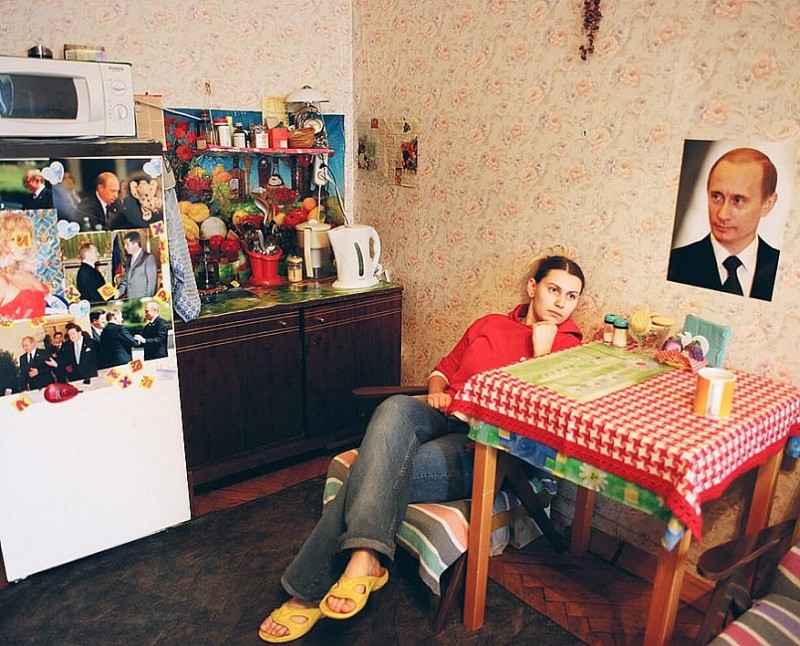 www.beladoka.com and an article on The Independent, via Kodak Moment