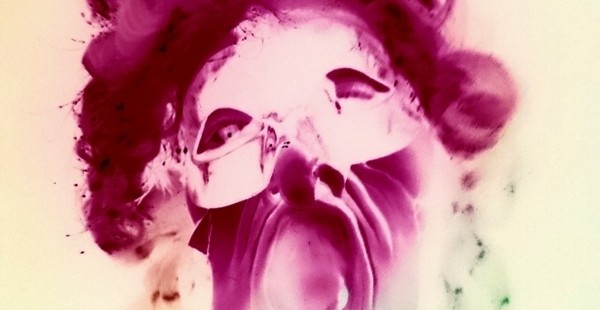 Michele Ravasio – Broken Flowers “Milan is a grey city. Essentially, it’s a uniform casting of asphalt and cement. Bringing some colour in its streets is a very hard work. This project, made of 18 images, is dedicated to the many and various flowers kiosks spread in each neighbourhood of the city. It tells about an impossible challenge, lost already at the beginning, against a hostile environment, as said, and in the good season against heat and sun too, which risk to burn flowers. For that reason the flower sellers have, for more than half of the year, to find any possible solution to cover carefully their merchandise through awnings and cloths of any sort, of any pattern and fabric, that they move depending on the sun movement, and the result is a real picturesque look of these little “flower cottages”. They turn out to be completely foreign, seem to be fallen out of the sky and the tents contribute to emphasize further their distance from the surrounding area. Similar, furthermore, is the state of the ones that, besides flowers, are beyond those tents. 90% of them are young men from Bangladesh who do not speak Italian and manage hardly to understand and to hint the nowadays very few clients. For them integration is a mirage merely out of reach, an ideal landing place, last unlucky carriers of one of the activities that will be totally swallow up from the large retailers.” 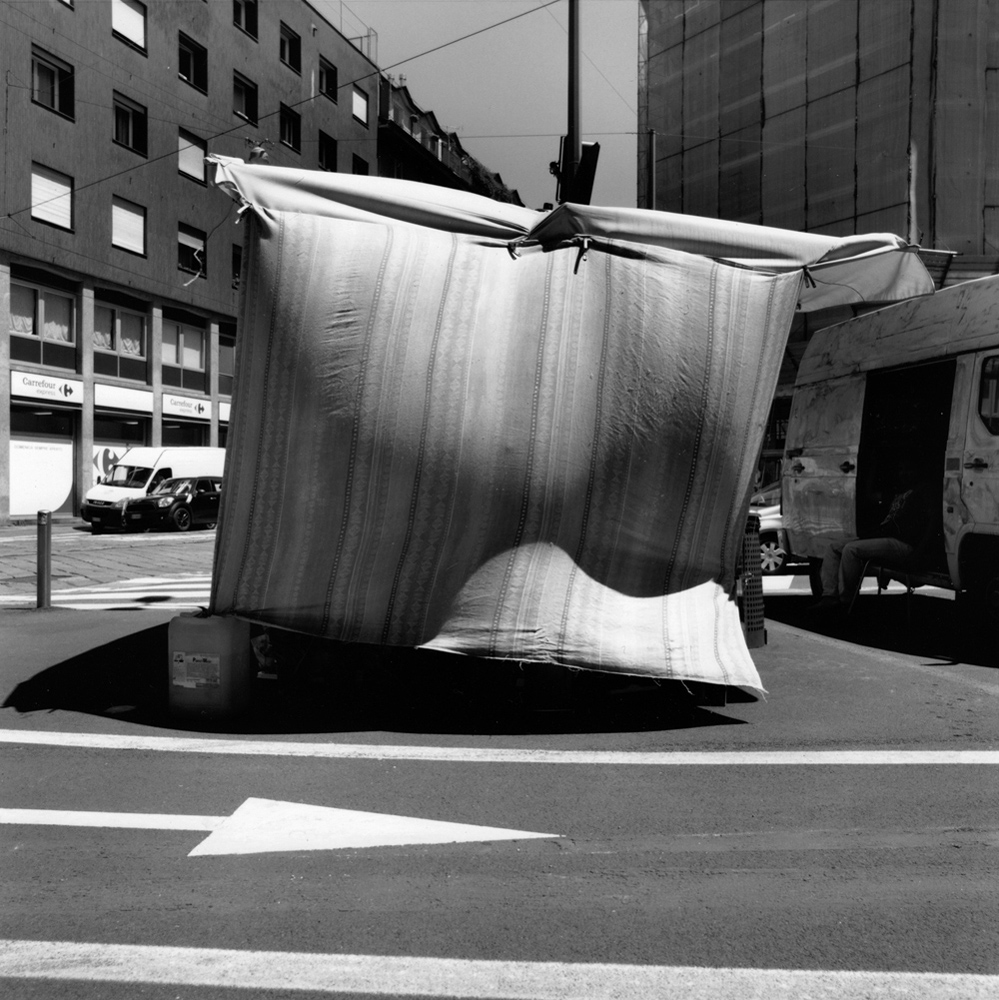 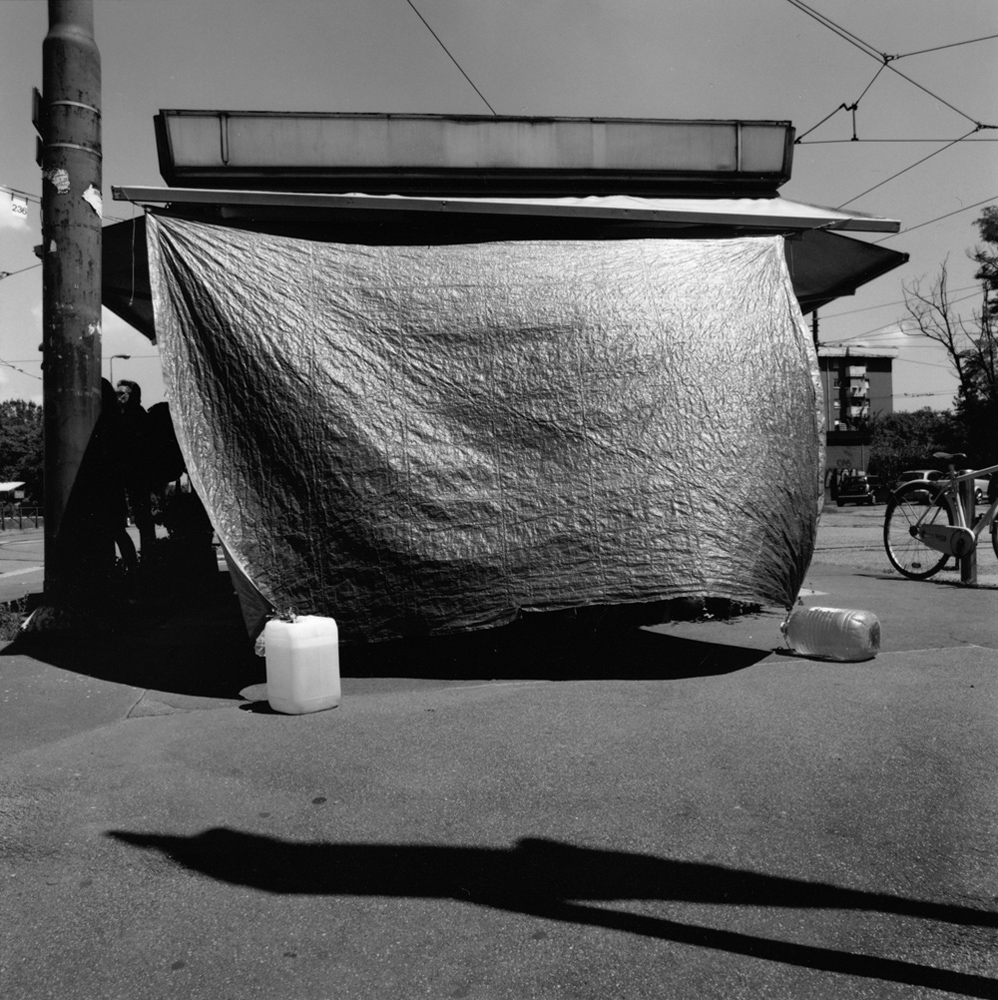 Adrien Blondel – I Can’t Hear The Sound Of French “As a french living in the US, I am often told about how beautiful the french language sounds. I can’t hear that sound. My brain immediately attaches meaning to every word, and only through an exercise of the brain can I set free from the referent and hear the word for what it is, sound. I went on a quest to find the sound of my surroundings. I tried to forget about the identity and purpose of what is around me, to focus solely on shapes. I was attracted by identifiable elements whose shape would stand out. These elements appeared to me as having an accent, speaking a known language with a twist. This is the recreation of the brain game allowing us to focus on the sound of a word, brought to a visual level.Digital and 120 film.” 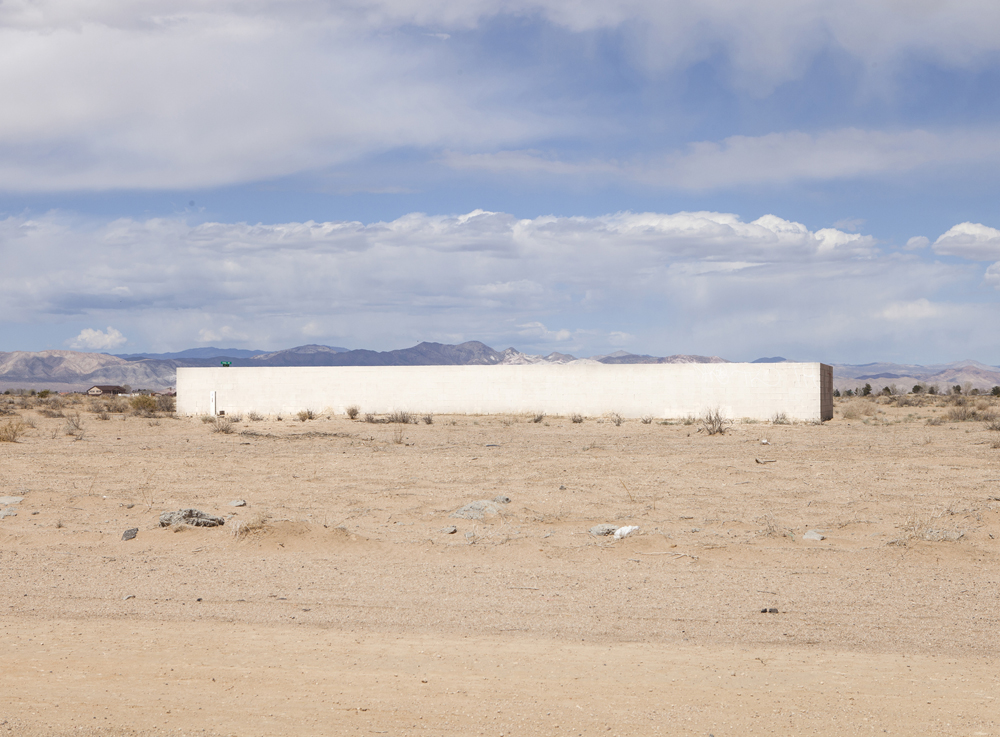 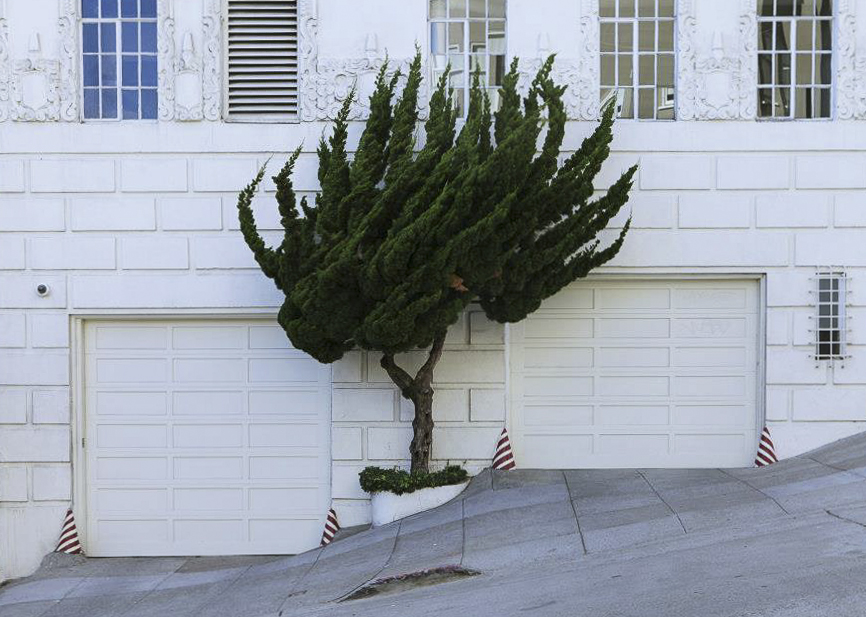 Aleksei Kazantsev – Light Forms, Grey Forms, Dark Forms “These are series of amorphous self-portraits made in twilight landscapes of urban forests. Every image shows or hides my own body as a formless motion shape whirling into the landscape. I use different locations, all within urban area not far from my house. These places are recognizable and boring to me during the daylight and unknown and weird in the dark. The original attempt to make an image of that second side, led me to the ritual when for 10 seconds of camera exposure I become an element of the wild-land, the same as a dead tree or a pile of grass.” 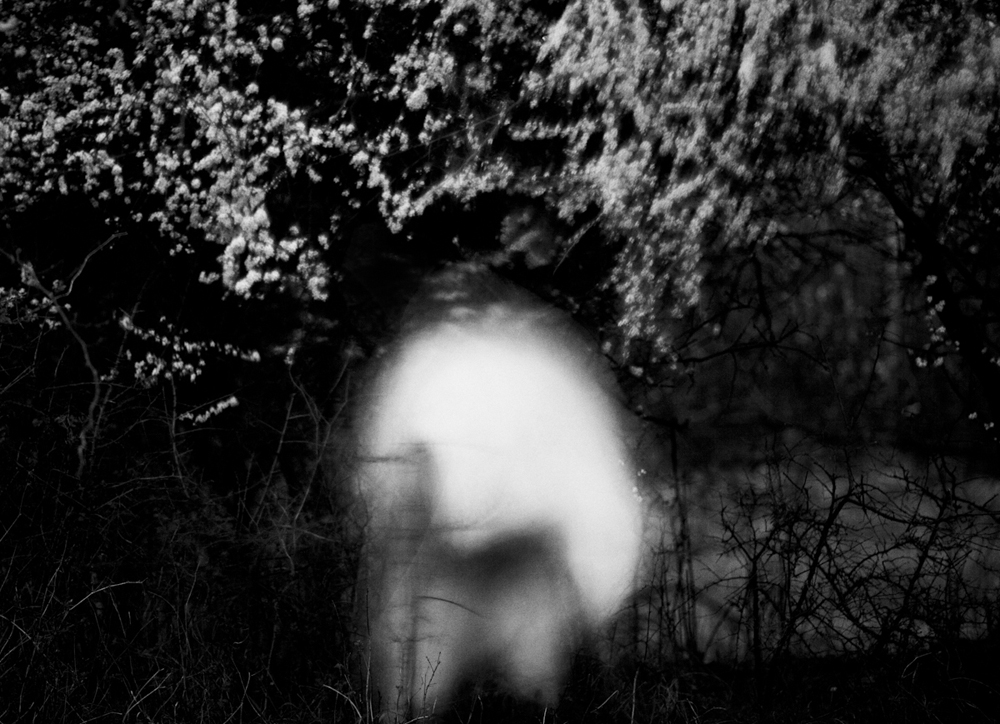 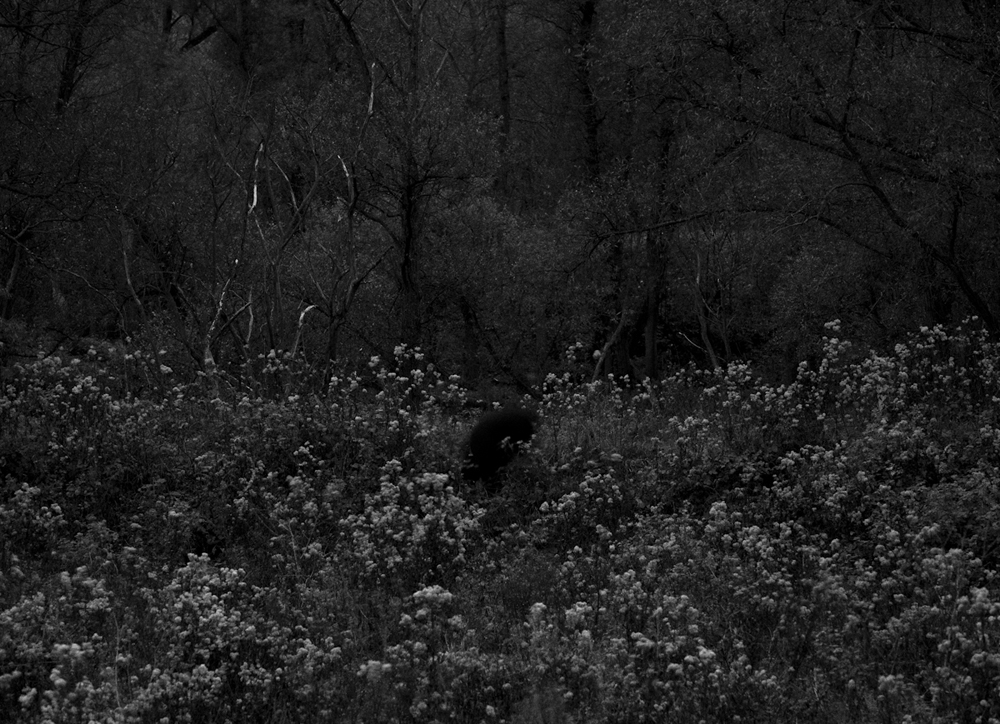 Ana Catarina Pinho – Broken Ground “is a particular landscape that we can find in the city periphery, where a different organization and interaction between man and space is visible. The idea of borderline and the observation of the social and visual differences connected to the urban space were the starting point of this series, aiming to highlight the landscape and interaction between people and the place they inhabit, thinking of ‘borderline’ as something directly connected to people and how their conceptions and behavior about territory and possession leads to separation, misunderstanding and conflict.” 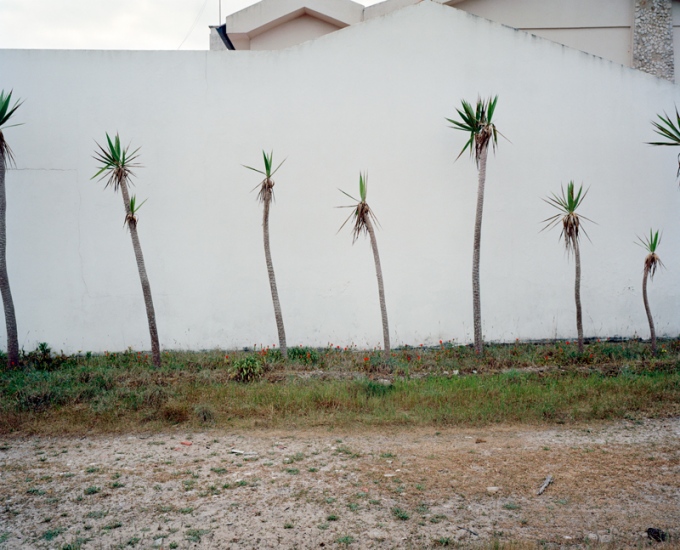 Odette England – Develop Before (Kodak Portraits) “My paternal grandfather was a collector – matchboxes, bird’s eggs, seeds, postcards – but one of his most curious collections comprised old Kodak 126 film boxes, each neatly unfolded, held together in a stack with a thin rubber band from one of Nana’s preserving jars, and placed inside a worn, faded green plastic bag hidden in the back of their freezer. On the outside of each box, where Kodak had printed ‘Develop Before’ together with the film’s expiry date (a practice that dates from the end of the 19th century) my grandfather had circled the date in red pen, as if to ensure that the snapshots he took would be revealed at their very best and ‘freshest’.
What struck me wasn’t that the boxes themselves had expired, but that they were simultaneously the same and different, much like family snapshots. There is homogeneity to how, what, where, when, and why we make snapshots the world over, both in terms of subject matter and our behaviour (as subjects ourselves) in front of the lens. Grandpa’s boxes have their own unique marks of age – wrinkles, lines, scars, stains, bruises – things we tend to avoid in family photography. They were also never intended to be subjects of photography: boxes are simply the dressing, the protection, the trash – nothing of value, though to Grandpa, worth something. Just as they are to me – so much so I was compelled to photograph them, using a heavily modified Kodak Instamatic, expired photography chemicals, and a scanner.
Even film that has been properly stored for years still needs to be developed promptly after exposure so that one can “enjoy it for years” – but for how many years? I suppose until the negatives or photographs are passed on, handed down, sold, burned, stolen, lost…or evidence thereof is found inside a worn, faded green plastic bag.” 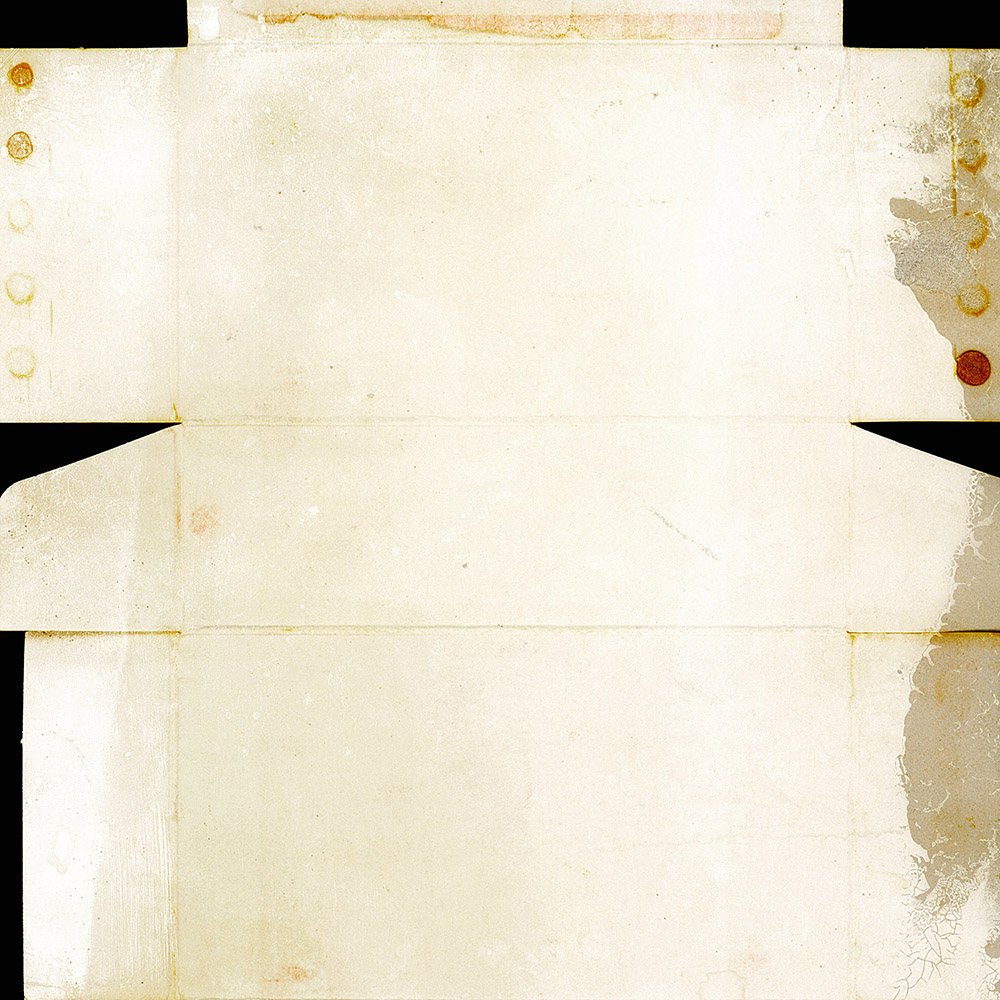 Michal Wijata – Mortraits “When one enters for the very first time a completely unknown room or space submerged in profound darkness, one is unaware of the existence of objects, tables, chairs, do they therefore exist or not? Thus, what is light that it is calling them into existence? And is it calling them into existence? What if we all see in negative? Our image of the world, the people and of ourselves is based utterly and solely on impressions. the knowledge that impressions do not constitute a firm and credible basis does not push us away from the obsession of naturalness and sincerity. In English another word for ‘naturalness’ is ‘artlessness’! When is one really natural and sincere with oneself and with the world? In loneliness? In interaction with others? In social roles, the ones imposed and the ones chosen? Is it theatre? And if it is, when does the spectacle end, if at all? Each one of us contains within oneself an actor, a director and a spectator. The point where these three characters meet in front of a mirror is fascinating. It is a point where one finds himself in such an intensely intimate situation with oneself that it becomes embarrassing. All of the photographs have been made in negative. it is however the only effect used. All of the other effects have been achieved ‘in analogue’, applying the laws of optics. The photographs are not post-processed or retouched. They are printed on thick plexiglass size a2 and illuminated from behind. Mortraits do not exist in a digital form or on paper. Just like their characters, they have a body – this body consists of plexiglass (tissue), paint (blood) and light (calls into existence the self, the ego of the characters).” 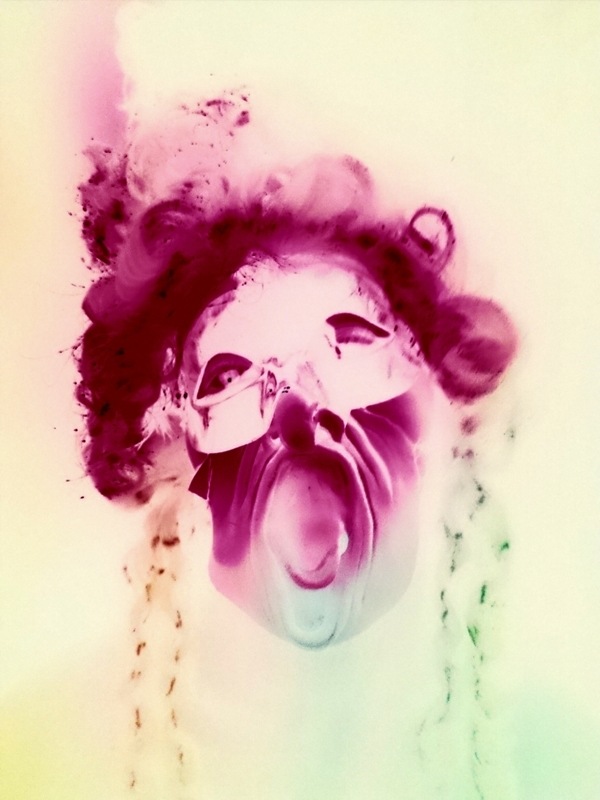 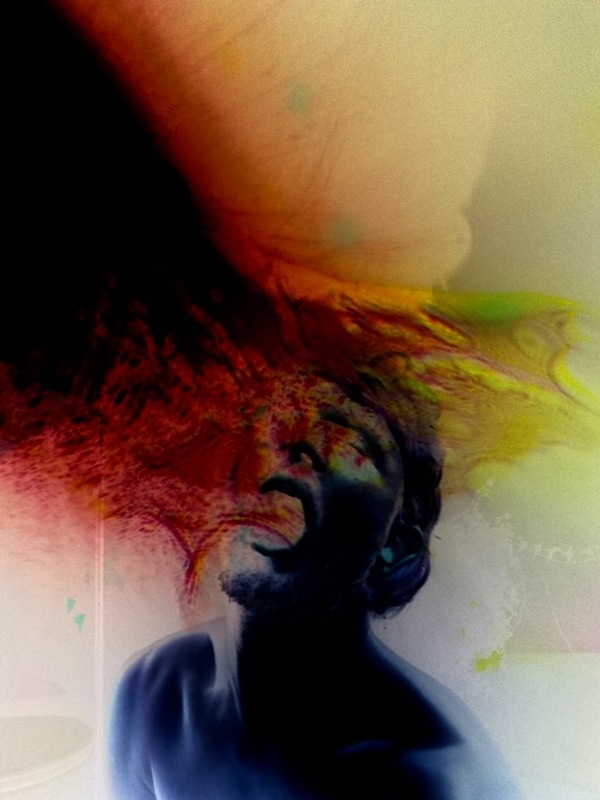 Andrea Eichenberger – Translitorânea: an utopia “or BR101 is the road that runs along the Brazilian coast from the north to the south, joining different states and regions for 4.542 km. In this project, in which travel and photography are considered as the means of getting close to places and people, the road becomes a stage for a road trip marked by encounters and life stories that highlight the geographical, economic, social and cultural diversity of Brazil today.”