“PROUD TO SERVE is a portrait essay and multimedia piece featuring Lesbian, Gay, Bi-Sexual and Transgender (LGBT) American Service Members who served their country in silence or were discharged under the ‘Don’t Ask, Don’t Tell‘ law.

I started Proud to Serve, January 2009 when I was a student at The International Center of Photography in Manhattan. I myself am not military; I don’t come from a military family. I am a lesbian; I wondered what it was like as a gay person to serve in The United States Military. Who are these service members and why did they join?

The US Government Accountability Office found in 2005 that the cost of discharging and replacing service members fired because of sexual orientation totaled at least $190.5 million – roughly $20,000 per discharged service member. There are roughly 65,000 gay men and women currently serving in the armed forces, and there are more than one million gay veterans. With this project, I am putting a human face on the statistics of ‘Don’t Ask, Don’t Tell.'” 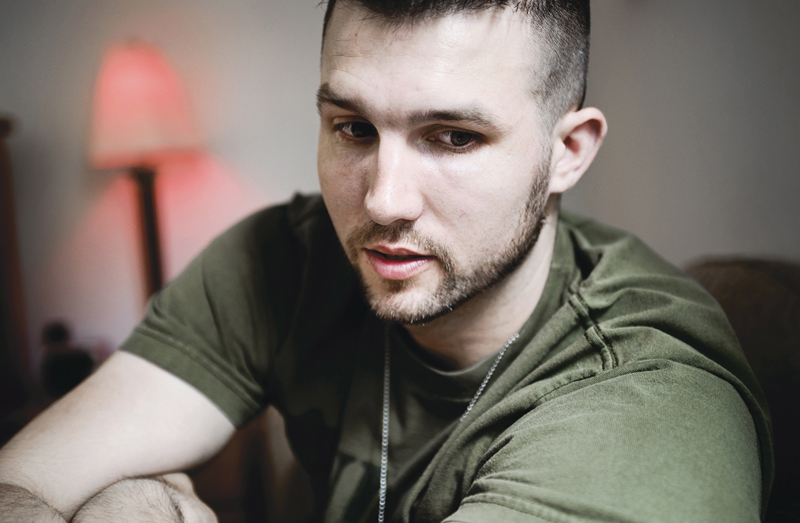 Corporal Brett Edward Stout joined the Marine Corps in 1997. He studied Russian at the Defence Language Institute in Monterey, California. Corporal Stout was stationed at Kaneohe Bay Marine Corps Base, Hawaii as a Russian cryptologic linguist and weapons marksmanship instructor. He was honorably discharged in 2002. Brett published his first novel Sugar-baby Bridge in 2006. 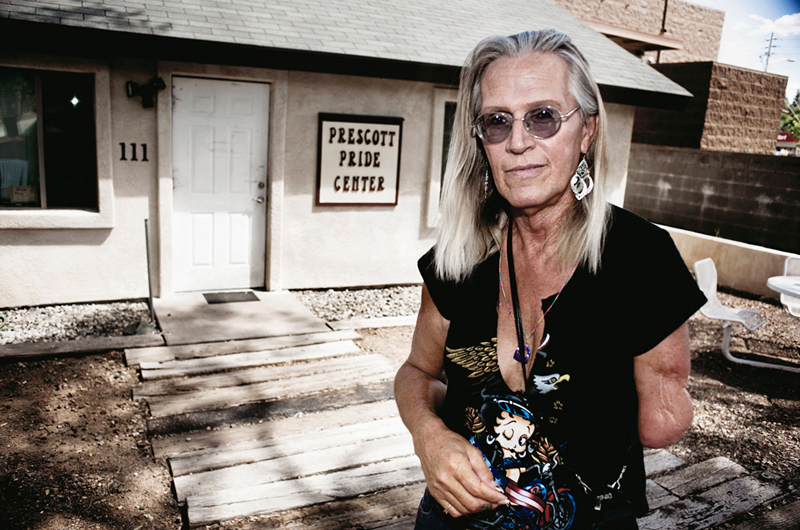 Specialist Rose Miztri joined the Army in 1968 and medically retired in 1976 after a motorcycle accident. Rose was an aircraft mechanic in Korea and a crew chief of a “dust off” helicopter ambulance during the Vietnam War. After years of the “eyes not matching the body”, in 2009 she started living as Rose. 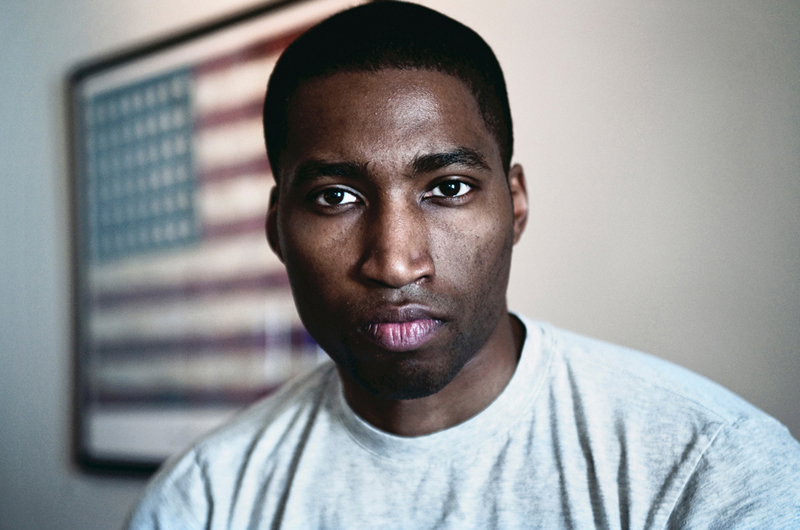 Captain Anthony “Tony” Christopher Woods is a veteran of Operation Iraqi Freedom, and was discharged from the Army in 2008 after he came out to his commander. He subsequently ran for U.S. Congress in California’s 10th Congressional District, in a bid to become the first openly-gay African-American in Congress. He lost that bid, receiving eight percent of a special election vote on September 1, 2009.

“For the last two years I visited the homes and documented the stories of these men and women, LGBT American service members who have been impacted over the years by the discriminatory policy of “Don’t Ask, Don’t Tell.” Many spoke about what it was like to serve as a gay person in the U.S. Military; some recounted the day they were told of their discharge. Retired Navy Captain, Joan Darrah recalled 20 years of hiding who she was.

With the funds raised through kickstarter.com an artist funding initiative, this past August I headed out on a four-week, 10, 167 miles road trip around the United States. While on the road, I photographed and collected forty-six veterans’ stories. The final exhibit consisting of 65 portraits along with the multimedia piece went on display at: LGBT Center in Manhattan Opening on Veteran’s Day November 11, 2010.” 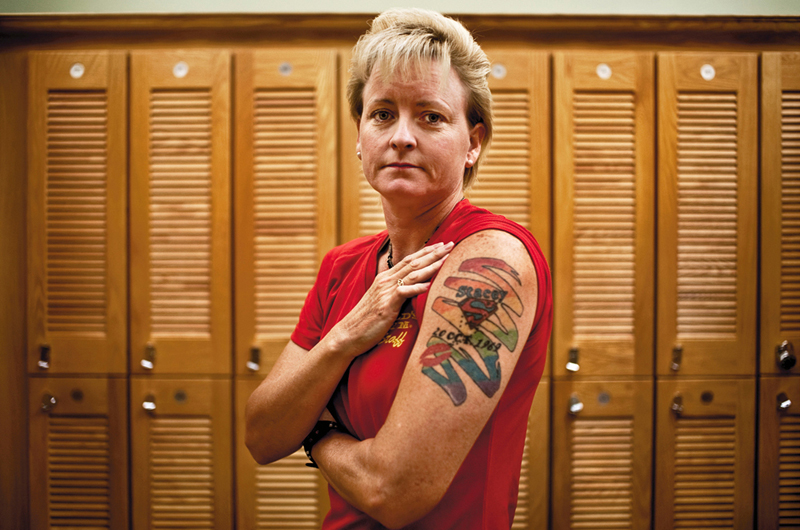 Sergeant Tracey Gerald joined the Marine Corps in 1991 with her twin sister Stacey. Tracey was a recruiter and served as an ambulance driver in Iraq during Operation Iraqi Freedom. Due to the strain of serving under “Don’t Ask, Don’t Tell”, Tracey retired from the Marine Corps in February 2008. 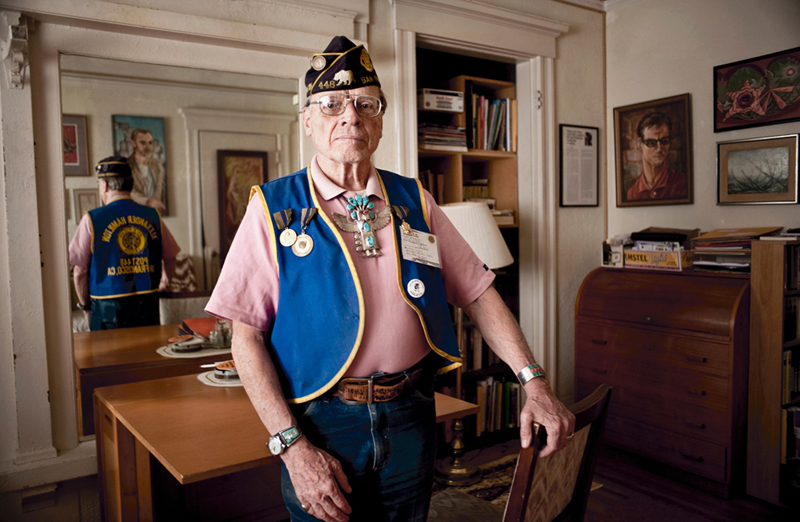 Corporal Robert Potter was drafted into the Army in 1946 and re-enlisted shortly after to serve from 1946-1947 in the Army Air Force. He deployed to Japan and Korea during World War II. He is a member of the Alexander Hamilton Post #448 of the American Legion, the only gay post recognized by the American Legion. 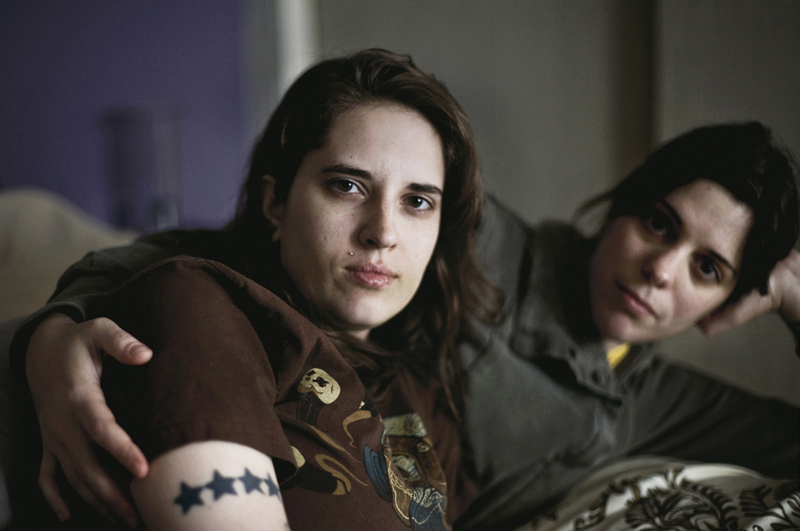 Sergeant Jen Hogg (L) served in the New York Army National Guard from 2002-2005. She trained as a 63Y track vehicle mechanic but also worked as the HEMTT wrecker operator. Jen is co-founder of the Service Women’s Action Network (SWAN), a non-profit organization dedicated to serving military women and veterans. She is pictured with her Jackie Scalone (R).

‘Proud to Serve’ is a self-published book also, full color publication featuring over sixty portraits and stories of Lesbian, Gay, Bi-Sexual and Transgender American Service Members who served their country in silence or were discharged under the ‘Don’t Ask, Don’t Tell’ law.

This is the first photo book by Jo Ann Santangelo, who started this project in 2009 while a student at The International Center of Photography, in Manhattan. Order your 10″ x 8″ soft cover, full color book, containing over sixty LGBT Veteran portraits and stories. Included are selected images of America taken during Jo Ann’s twenty-eight day road trip. All 100 of this first edition will be signed and numbered. “Proud to Serve” was released in conjunction with the opening of the exhibit on Veteran’s Day November 11, 2010 at The LGBT Center in Manhattan. 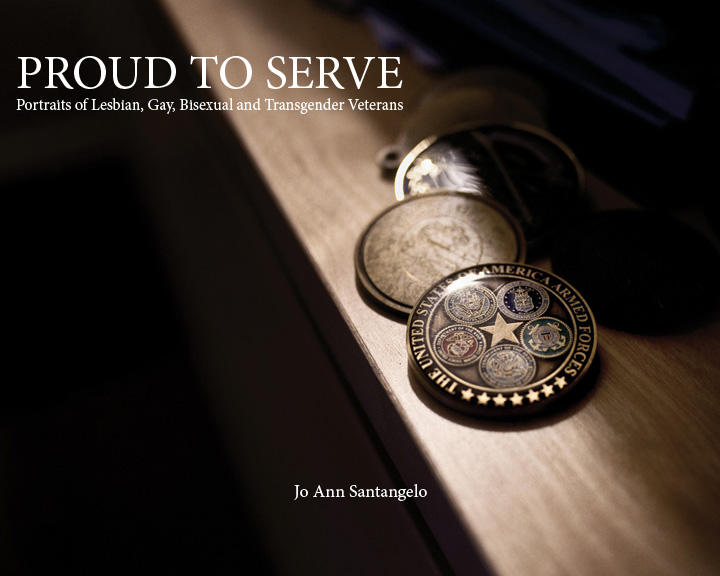