“I accidentally stumbled across this subject the evening before Christmas Eve in 2009. I was returning home from the beach. When I reached the graveyard, jumped over the fence and greeted the gravedigger. Sulina, winter 2009-2010”

Pavel Hancearencu, town’s gravediggers in Sulina, lights a cigarette while his nephew, Augustin Hriscenco, takes turn on digging the grave for the next day funeral, on Christmas Eve. 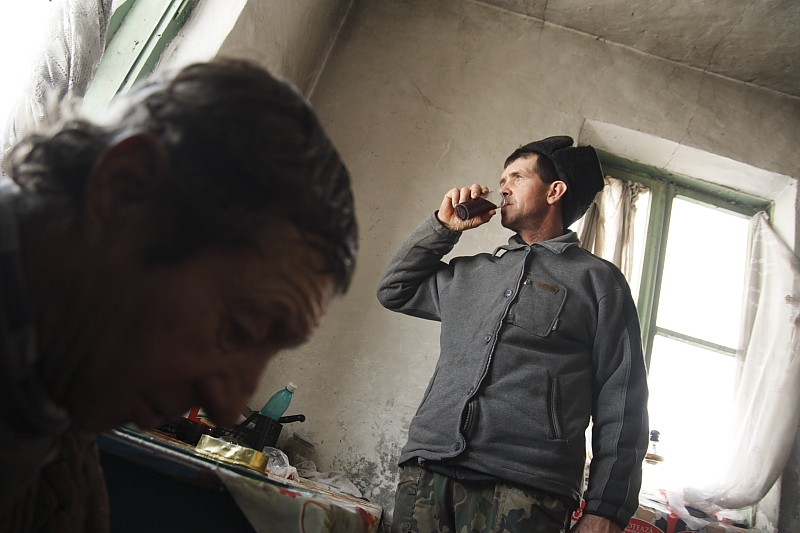 Pavel and Augustin have breakfast after finishing a grave. They wait for the cortege to arrive and finish the job.

The graveyard on a December morning.

Funeral cortege heading for the burial.

Augustin has been a fisherman for 20 years but he is willing to give that up due to low fish stocks. On top of that, in fall of 2009 all his fishing nets worth of 7000 ron (cca 1700 euro) had been stolen from the waters of Musura Bay, Black Sea. He helps his uncle, Pavel, at digging graves.

more images and other interesting projects on the photographer’s website.