“The laconic title of the exhibition makes direct reference to Barack Obama, the 44th President of the United States. A decade ago one could not imagine the election of an Afro-American as the President of United States would ever be possible. The consequences of this event go beyond the sphere of global politics, acting as a catalyst that has initiated a chain of reactions that are currently producing fundamental transformation in the way humanity relates to democratic values and freedom. Within this transformation process people all over the world are brought together at a trans-national level of global consciousness liberated of ethnic, cultural and race pressure. This major event has released incredible amounts of creative energy in the international world of arts, generating new approaches and opening new communication paths for artists all over the world, liberating them and their public of any preconceived ideas. 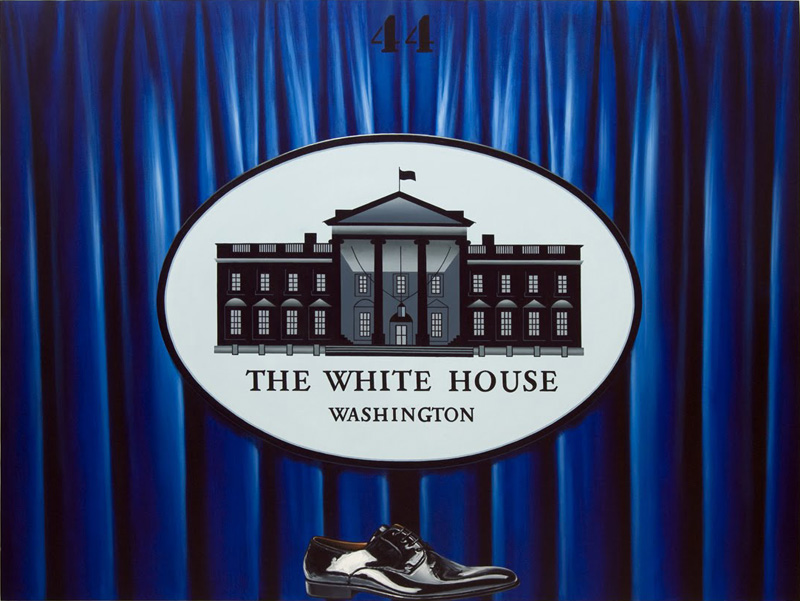 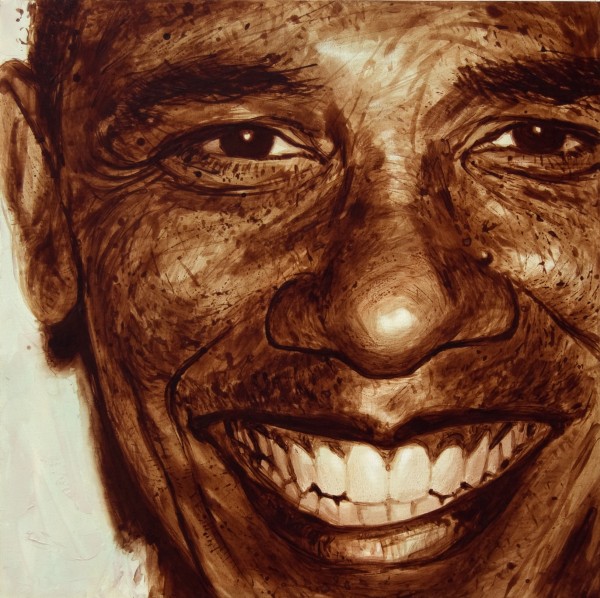 Valeriu Mladin’s exhibition brings forth the several layers of political, historical, social and artistic issues linked to the presidency of the first Afro-American, all caught together in the symbolic power of a number: 44. His exhibition tackles different topics of reflection related to this unprecedented event: 44 is the order number of the current U.S. President and the number of the shoe thrown at former President… The American democratic values embodied by Lincoln are brought into action more than 150 years after, by the election of Barrack Obama as the President of the U.S. The ethical and freedom issues related to Guantanamo are brought up for debate, as well as the September 11 tragedy and the Nobel Prize for Peace awarded to Obama.Mladin’s exhibition is conceived as an artistic discourse that would raise questions, without being afraid of generating controversies. His large canvases stand out as incarnations of the main issues related to this major global scale event of the 21st century.” 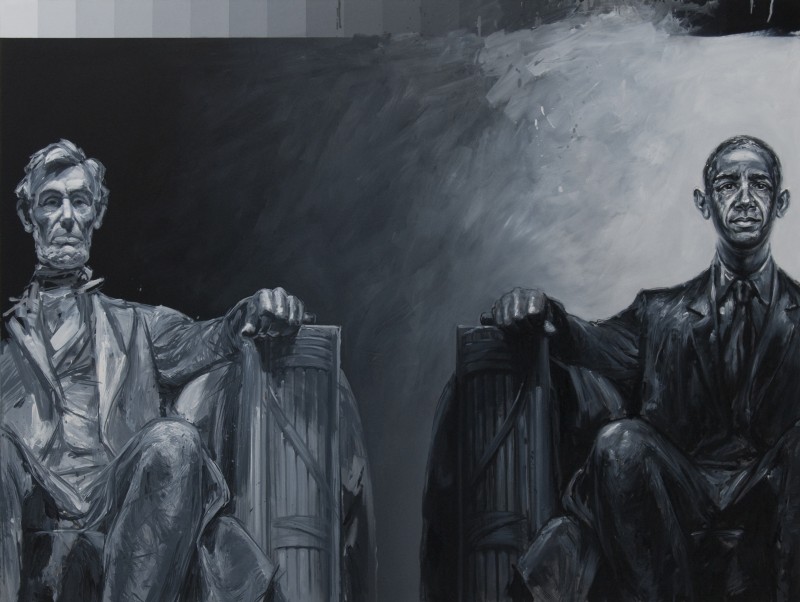 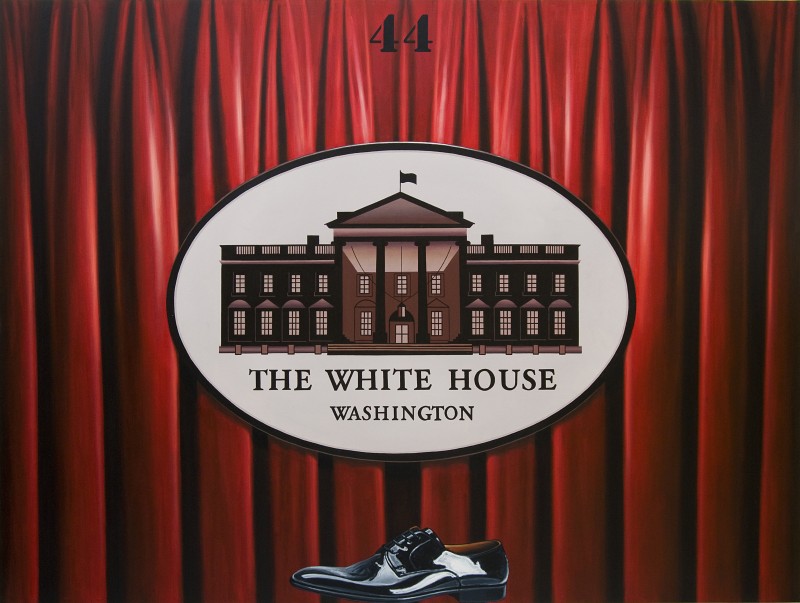 ← Baudouin – I Am a Parisian Lady
Gabriela Herman – Bloggers →